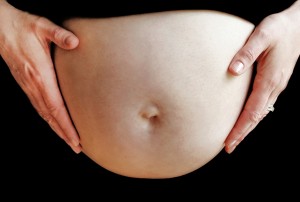 I found myself astonished yesterday as I watched an unfolding of defensiveness across the Irish maternity services following Jacky Jones’s opinion piece in Tuesday’s Irish Times. http://www.irishtimes.com/…/ireland-s-maternity-services-an…

In Jacky’s piece, which was prompted by the Judge Clark report on the The Surgical Symphysiotomy ex gratia Payment Scheme, she writes that, “Reading this section of the report, it is impossible to escape the conclusion that all aspects of childbirth were driven by religious beliefs and misogyny. Women’s rights did not matter.” She also states her opinion that, “Although services are improving generally, maternity care still has a long way to go. Some things never change.”

As with all opinion pieces, these claims could be contested. This would be expected. However, the reaction went far beyond this. On Wednesday, 26 prominent female obstetricians working in Ireland added their signatures to a response published in the Irish Times letters page. http://www.irishtimes.com/…/women-centred-maternity-care-1.…

This letter equated the role of the media with the lack of investment in maternity services in making it difficult to deliver high-quality care: “The failure to invest in maternity services, coupled with the repeated and ill-founded slurs made on our profession in this newspaper and elsewhere, make it increasingly difficult for us, as senior clinicians and trainers of the next generation, to provide high-quality care…”

The obstetricians ended their letter by claiming that, “We would like the women of Ireland to know that their care is our utmost priority.”

Shortly after the letter was published, a hashtag on twitter emerged “#wearedelivering”, with pictures of happy staff attending their work in maternity units across the country. The hashtag was repeated with photos of training sessions, meetings, comments about service improvements, but with one notable absence – the women who are apparently the utmost priority of the obstetric teams.

The use of the term “delivering” was deliberate. It’s a play on words, of course, delivering babies, you know. You chose a populist term for births because it was clever, catchy and might encourage people to tweet. Of course. That’s understandable. But it’s dangerous and simplistic.

Women started to share their stories too. But not all women welcomed the language used or the absence of their honest stories from the discussion.

Women started to point out that actually staff don’t deliver babies, mothers birth them. They introduced an #ibirthed hashtag to the conversation.

Women understand that you need to highlight small successes, and large ones. They understand that change happens slowly and that there are fantastic stories from across the maternity services in Ireland that should be shared. But we are impatient for more change and applauding the little that has been done and is going on allows us to ignore the systemic problems that remain.

Let’s also be clear about language – it has power. Used in the wrong way, it controls and coerces. By repeating the term “delivering”, you continue to create an environment in which women cede control of their pregnancies and birth to you, the professionals. Where choices made by women are secondary to the knowledge and expertise of those who treat them.

I experienced it on my first birth

. A hospital birth in which I had parked my birth plan to “see what happens”. I had a happy baby after, I was well. What’s the problem? Reading back over my story shows me why my next two births happened at home – I had lost control. Somewhere during my first birth, I ended up begging to move, pleading to use the toilet, asking for permission to push. I had handed control to someone who was delivering my baby for me.

This is why the word “delivering” matters to me. I used it at first in response to the original hashtag. I said I delivered my babies, but actually I was wrong. No-one did. They were birthed. I birthed them.

There is so much more that happens in our maternity services, so drop the reference to birthing or delivering at all in your clever social media campaigns. Drop delivering from your message. We welcome your support, your advice, your partnership, and your care. We need to be able to trust you to help us make the best decisions for us, mother and baby. We’ve a long way to go to get there. Jacky was right on that score.

I find it ironic that this campaign has repeated some of the mistakes of the past. Jacky stated in her piece, “Minutes from obstetricians’ meetings show that they were more concerned with boosting their own egos than doing what was best for women.” It could be argued that #wearedelivering is doing essentially the same thing – boosting the morale of staff at the expense of listening to the women who are allegedly at the centre of their women-focused care. If we are truly your utmost priority, then listen to us now.